'Scenes and Characters, No. 8, The Prisoners' Van'

'Scenes and Characters, No. 8, The Prisoners' Van'

We have a most extraordinary partiality for lounging about the streets. Whenever we have an hour or two to spare, there is nothing we enjoy more than a little amateur vagrancy—walking up one street and down another, and staring into shop windows, and gazing about us as if, instead of being on intimate terms with every shop and house in Holburn, the Strand, Fleet-street, and Cheapside, the whole were an unknown region to our wondering mind. We revel in a crowd of any kind—a street "row" is our delight—even a woman in a fit is by no means to be despised, especially in a fourth-rate street, where all the female inhabitants run out of their houses, and discharge large jugs of cold water over the patient, as if she were dying of spontaneous combustion, and wanted putting out. Then a drunken man—what can be more charming than a regular drunken man, who sits in a door-way for half an hour, holding a dialogue with the crowd, of which his portion is generally limited to repeated inquiries of "I say—I'm all right, an't I?" and then suddenly gets up, without any ostensible cause or inducement, and runs down the street with tremendous swiftness for a hundred yards or so, when he falls into another door-way, where the first feeble words he imperfectly articulates to the policeman who lifts him up are "Let's av—drop—somethin' to drink?"—we say again, can anything be more charming than this sort of thing? And what, we ask, can be expected but popular discontent, when Temperance Societies interfere with the amusements of the people?

There is one kind of street quarrel which is of very common occurrence, but infinitely amusing—we mean where a little crowd has collected round three or four angry disputants, and no one single person, not even among the parties principally concerned, appears to have a very distinct notion of what it's all about. The place is—Long-Acre, say, or Saint Martin's-lane—time, half-past eleven at night. Some twenty people have collected round a bow-legged, under-sized young gentleman, in a brown coat and bright buttons, who has upon his arm a small young woman in a straw bonnet, with one shawl on, and another folded up over her arm. Opposed to the under-sized pair is a tall young fellow, in a brownish white hat, and flash attire; and you arrive in time to hear some such dialogue as the following:—"Who said anythin' to you?" (in a tone of great contempt, from the long gentleman, turning round with his hands in his pockets). "Vy you did, Sir" (from the small individual, in a towering passion). "Oh! do come away, George" (from the young lady, accompanied with a tug at the coat-tail, and a whimper). "Never mind him, he an't worth your notice." "Ah! take him home"—sneers the tall gentleman as they turn away—"and tell his mother to take care on him, and not let him out arter dark, fear he should catch a cold in his ed. Go on." Here the small young man breaks from the small young woman, and stepping up close to the adverse party, valourously ejaculates in an under-tone, "Now, what have you got to say." "Niver mind," replies the long gentleman with considerable brevity. "What do you mean by insulting this 'ere young 'ooman, Sir?" enquires the short man. "Who insulted the young 'ooman," replies the long one. "Vy you did, Sir," responds the short one, waxing specially wroth—"You shoved again her, Sir." "You're a liar," growls the long gentleman fiercely; and hereupon the short gentleman dashes his hat on the ground with a reckless disregard of expense, jerks off his coat, doubles his fists, works his arms about like a labourer warming himself; darts backwards and forwards on the pavement with the motion of an automaton, and exclaims between his set teeth—"Come on, I an't afeard on you—come on,"—and the long gentleman might come on, and the fight might come off, only the young lady rushed upon the small man, forces his hat over his eyes, and the tails of his coat round his neck, and screams like a peacock, till a policeman arrives. After great squabbling, considerably persuasion, and some threatening, the short man consents to go one way, and the long man another; and the answer of all the bystanders who had seen the whole, to the urgent inquiry from a new comer up, "Do you know what's the matter, Sir?" invariably is—"No, Sir, I really can't make out."

We were passing the corner of Bow-street, on our return from a lounging excursion the other afternoon, when a crowd, assembled round the door of the Police Office, attracted our attention, and we turned up the street accordingly. There were thirty or forty people standing on the pavement and half across the road, and a few stragglers were patiently stationed on the opposite side of the way—all evidently waiting in expectation of some arrival. We waited too a few minutes, but nothing occurred: so we turned round to an unshaved sallow-looking cobbler who was standing next us, with his hands under the bib of his apron, and put the usual question of "What’s the matter?" The cobbler eyed us from head to foot, with superlative contempt, and laconically replied "Nuffin." Now we were perfectly aware that if two men stop in the street to look at any given object, or even to gaze in the air, two hundred men will be assembled in no time; but as we knew very well that no crowd of people could by possibility remain in a street for five minutes without getting up a little amusement among themselves, unless they had some absorbing object in view, the natural inquiry next in order was, "What are all these people waiting here for?"— "His Majesty’s carriage," replied the cobbler. This was still more extraordinary. We couldn't imagine what earthly business his Majesty’s carriage could have at the Public Office, Bow-street, and we were  beginning to ruminate on the possibility of the Duke of Cumberland being brought up on a warrant for assaulting the Princess Victoria, when a general exclamation from all the boys in the crowd of "Here’s the wan!" caused us to raise our head and look up the street. The covered vehicle, in which prisoners are conveyed from the police offices to the different prisons, was coming along at full speed, and it then occurred to us for the first time that his Majesty’s carriage was merely another name for the prisoners’ van, conferred upon it not only by reason of the superior gentility of the term, but because the aforesaid van is maintained at his Majesty’s expence, having been originally started for the exclusive accommodation of ladies and gentlemen under the necessity of visiting the various houses of call known by the general denomination of "his Majesty’s Gaols."

The van drew up at the office door: the people thronged round the steps, just leaving a little alley for the prisoners to pass through. Our friend the cobbler and the other stragglers crossed over, and we followed their example. The driver, and another man who had been seated by his side in front of the vehicle, dismounted, and were admitted into the office. The office door was closed after them, and the crowd were on the tip-toe of expectation.

After a few minutes delay, the door again opened, and the two first prisoners appeared. They were a couple of girls, of whom the elder could not be more than sixteen, and the younger of whom had certainly not attained her fourteenth year. That they were sisters was evident from the resemblance which still subsisted between them, though two additional years of depravity had fixed their brand upon the elder girl’s features as legibly as if a red-hot iron had seared them. They were both gaudily dressed, the younger one especially, and although there was a strong similarity between them in both respects, which was rendered the more obvious by their being handcuffed together, it is impossible to conceive a greater contrast than the demeanour of the two presented. The younger girl was weeping bitterly—not for display or in the hope of producing effect, but for very shame; her face was buried in her handkerchief, and her whole manner was but too expressive of bitter and unavailing sorrow.

"How long are you for, Emily?" screamed a red-faced woman in the crowd. "Six weeks, and labour," replied the elder girl, with a flaunting laugh; "and that’s better than the Stone Jug any how; the mill’s a d—d sight better than the Sessions; and here’s Bella a-going too for the first time. Hold up your head, you chicken," she continued, boisterously tearing the other girl’s handkerchief away; "Hold up your head, and show ’em your face. I an’t jealous, but I’m blessed if I an’t game!"— "That’s right, old gal," exclaimed a man in a paper cap, who, in common with the greater part of the crowd, had been inexpressibly delighted with this little incident.—"Right!" replied the girl; "ah, to be sure; what’s the odds, so long as you're happy."—"Come, in with you," interrupted the driver.— "Don’t you be in a hurry, Coachman," replied the girl; "and recollect I want to be set down in Cold-Bath Fields—large house with a high garden wall in front; you can’t mistake it. Hallo, Belle, where are you going to—you’ll pull my precious arm off?" This was addressed to the younger girl, who, in her anxiety to hide herself in the caravan, had ascended the steps first, and forgotten the strain upon the handcuff. "Come down, and let’s show you the way." And after jerking the miserable girl down with a force which made her stagger on the pavement, she got into the vehicle, and was followed by her wretched companion.

These two girls had been thrown upon London streets, their vices and debauchery, by a sordid and rapacious mother. What the younger girl was then the elder had been once; and what the elder then was, she must soon become. A melancholy prospect, but how surely to be realised; a tragic drama, but how often acted! Turn to the prisons and police-offices of London—nay, look into the very streets themselves. These things pass before our eyes, day after day, and hour after hour—they have become such matters of course, that they are utterly disregarded. The progress of these girls in crime will be as rapid as the flight of a pestilence, resembling it too in its baneful influence and wide-spreading infection. Step by step how many wretched females, within the sphere of every man’s observation, have become involved in a career of vice frightful to contemplate: hopeless at its commencement, loathsome and repulsive in its course, friendless, forlorn, and unpitied, at its miserable conclusion!

There were other prisoners—boys of ten, as hardened in vice as men of fifty—a houseless vagrant going joyfully to prison as a place of food and shelter handcuffed to a man whose prospects were ruined, character lost, and family rendered destitute by his first offence.—Our curiosity, however, was satisfied. The first group had left an impression on our mind we would gladly have avoided, and would willingly have effaced. The crowd dispersed—the vehicle rolled away with its load of guilt and misfortune, and we saw no more of the Prisoner's Van. 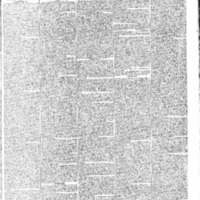