This collection (still in development) unites various short stories that Dickens wrote throughout his career for various publications, including newspapers and periodicals, and for inclusion in short story collections.

Between 1833, when he tentatively submitted “A Dinner at Poplar Walk” for publication in The Monthly Magazine, and his death in 1870, Dickens as ‘BOZ,’ briefly, as ‘TIBBS,’ and as “Charles Dickens” wrote dozens of short stories and ‘sketches,’ which often moved easily between journalism and story. It was as Boz, the late Georgian literary persona, that he first endeared himself to the British reading public in the pages of such newspapers and periodicals as The Evening Chronicle, Bell’s Life in London, and Bentley's Miscellany with a unique blend of comedy and pathos. By turns scathing of observed social and personal injustices, and appreciative of London’s colourful, vibrant culture and the oddities of human nature, Boz followed in the literary footsteps of other recent metropolitan commentators like Charles Lamb (‘ELIA’), Leigh Hunt, Theodore Hook, Robert Surtees, Thomas Hood, and John Poole, and eighteenth-century Picaresque novelists, Tobias Smollett and Henry Fielding. Soon, Dickens established his own unique voice. Prior to and following the ascension of the young Queen Victoria in 1837, Boz became a prescient spectator of both the rising empire’s rapidly developing culture in public spaces and of the domestic dramas enacted in British homes.

Global fame arrived with the serial publication of The Posthumous Papers of the Pickwick Club (1837), marking Dickens’s shift to writing novels. In tone, this rambling comedic travelogue owed much to Boz’s voice and incidentally featured several tales unrelated to the main narrative. Dickens would sporadically publish the Mudfog stories in 1836 and 1837, enlarging on them in Sketches by Boz, a collection of many of the sketches and stories first published by John Macrone in two volumes in 1836 and 1837 and illustrated by George Cruikshank. According to Robert L. Patten, ‘When Dickens gathered up previously published writing, anonymous and pseudonymous, for republication, he identified authorship with a particular subset of his journalistic pieces, the ‘sketches’ rather than the tales or portraits of characters, and with his pseudonym. Hence, after mooting several other titles, Dickens settled on Sketches by Boz’ (44). Sketches of Young Gentlemen (1838), a joking response to Rev. Edward Caswell, or “QUIZ’s” recent effort Sketches of Young Ladies (1838), and Sketches of Couples (1840) were published by Chapman and Hall and illustrated by Hablot Knight Browne, better known as ‘PHIZ’.

After this point, Dickens’s short stories were published in his periodicals Household Words and All the Year Round, though after 1837 he never published them with any regularity, preferring instead to focus on writing and serialising novels. Occasionally, he contributed several chapters to a jointly authored short story, collection, or series; Christmas numbers of his periodicals provided the opportunity to feature multiple famous writers uniting to weave a Yule-tide yarn, such as The Haunted House (1859). Notably, his collaboration with Wilkie Collins resulted in such works as The Perils of Certain English Prisoners (1857) and No Thoroughfare (1867). Towards the end of his life, Dickens began to publish short stories again in American publications such as The New York Ledger, The Atlantic Monthly, and Our Young Folks.

Until now, first printings of Dickens’s earliest short stories published between 1833 and 1836 have been difficult to find for those unable to visit the periodicals and newspaper holdings at eminent institutions such as The British Library. Similarly, the last ones written by Dickens have remained understudied due in part to their obscurity. Twentieth-century editions of the Sketches are generally based on the text of Chapman and Hall’s later 1839 single volume edition, which relies on the reissue serialised between 1837 and 1839, or the 1868 Charles Dickens Edition, which is based on the 1850 cheap (and further revised) edition.

Other anthologies, for instance Selected Short Fiction (Penguin, 2005), edited by Deborah A. Thomas, choose excerpts from Dickens’s entire oeuvre in the short fiction genre. Several scholars have explored the drafting, publication, and impact of the early sketches and short stories, with notable studies including Dickens and the Short Story. (University of Philadelphia Press, 1982) by Deborah A. Thomas and Charles Dickens and ‘Boz’: The Birth of the Industrial-Age Author (Cambridge, 2012) by Patten.1 To date, the most comprehensive overview of the sketches is provided by The Oxford Edition of Charles Dickens’s Sketches by Boz (2021) edited by Paul Schlicke with David Hewitt. Others include Dickens's Uncollected Magazine and Newspaper Sketches as Originally Composed and Published 1833–1836 (2012), edited by Robert C. Hanna, and Sketches by Boz and Other Early Papers (1994), edited by Michael Slater.

Because Dickens made many alterations, whether significant or incidental, between the first printing of a sketch and successive editions, these changes provide a window into his editorial process and developing intentions for the ‘Boz’ legacy. Now, with this Dickens Search collection, these emendations can be studied with greater ease than ever before. Our transcription field contains text Dickens is believed to have solely authored, though our pdfs of the short story collaborations will be provided in their entirety to facilitate easier engagement and comprehension of how his narrative might interact with those constructed by other writers. Ngram search and other text analysis tools will be applied to Dickens’s words only, to avoid skewing the results.

While building this collection, we have consulted, and transcribed scans found on databases such as British Newspaper Archive (BNA), digital archives, and such open-access sites as Hathi Trust, Internet Archive, and Google Books; all items are linked to their original location on the internet.

Please contact us with any errors, corrections, and suggestions, or to mention other short stories by Dickens that might have been overlooked.

'A Dinner at Poplar Walk'

Published in The Monthly Magazine (December 1833). 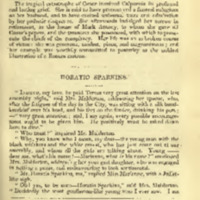 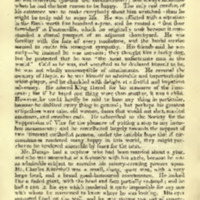 Published in The Monthly Magazine (August 1834).

Published in The Magazine of the Beau Monde (1 September 1836). 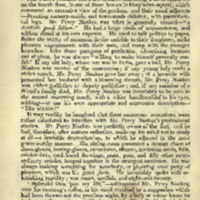 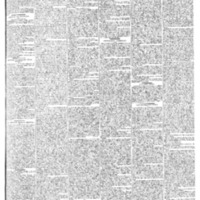 'Passage in the Life of Mr. Watkins Tottle' (Chapter the First)