This collection (still in development) will bring together Dickens’s collected and uncollected speeches, making an under-explored body of work searchable for the first time.

Dickens made more than a hundred speeches between 1837 and 1870 at events ranging from charitable dinners and award ceremonies to banquets in his honour or brief words of thanks before a public reading. In these speeches, the author touched on topics including his own life and professional development as well as other subjects such as politics, education, literature, public health and the development of the railway.

Efforts to collect Dickens’s speeches prior to 1960 were incomplete at best, and misleading and fragmentary at worst. John Camden Hotten’s collection of speeches, begun without the author’s consent (although he never responded to Hotten’s letters, Dickens did begin efforts to block their publication) and published together with a hastily-compiled biography shortly after the author’s death, remained the primary collected version of the speeches until the Nonesuch Dickens of 1938-39 (a limited print run). Finally, K. J. Fielding brought all known speeches together in 1960, correcting shoddy transcriptions by Hotten using contemporary newspaper accounts, and nearly doubling the total number of speeches attributed to Dickens (The Speeches of Charles Dickens [Oxford: Clarendon Press, 1960]): Hotten had only featured the text of 56 speeches, the Nonesuch edition of the speeches provided an additional nine, and Fielding presented 115 in total. Since this monumental work, a handful have also appeared in The Dickensian;1 there are certainly more to be found, as the volume of digitised newspapers and periodicals increases.

Dickens did not write his speeches beforehand, nor did he speak from notes. George Dolby recounted his imaginative process in 1884:


[S]upposing the speech was to be delivered in the evening, his habit was to take a long walk in the morning, during which he would decide on the various heads to be dealt with. These being arranged in their proper order, he would in his 'mind's eye,' liken the whole subject to the tire of a cart wheel – he being the hub. From the hub to the tire he would run as many spokes as there were subjects to be treated, and during the progress of the speech he would deal with each spoke separately, elaborating them as he went round the wheel; and when all the spokes dropped out one by one, and nothing but the tire and space remained […] his speech was at an end. (Charles Dickens as I Knew Him: The Story of the Reading Tours in Great Britain and America, pp. 273-74)

However, on important occasions, Dickens might personally correct transcriptions of speeches for major London newspapers like The Times. As such, these newspaper accounts are as accurate a source as we can hope to have for what Dickens said (or meant to say).

Our Transcription field will only include words attributed directly to Dickens rather than third-person reports or paraphrases of his speeches. Where only such reports exist, we will provide the text in the 'Summary' field. Ngram search and other text analysis tools will be applied to Dickens's words only, to avoid skewing the results.

We are beginning this collection with the author's uncollected speeches, drawing text from newspaper reports and eye-witness transcriptions. Please contact us with any errors, corrections, suggestions, or to contribute other uncollected speeches by Dickens.

Speech given at the Shakespeare Club dinner, London (30 March 1839).

Dinner to Celebrate the Completion of Nicholas Nickleby

Speech given at the dinner to celebrate the completion of Nicholas Nickleby (5 October 1839).

On Return from America

On Macready Going to America

Speech given at Richmond ahead of William Charles Macready's American theatrical tour (26 August 1843). 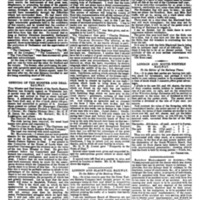 Speech given at a dinner celebrating the opening of the South-Eastern Railway Company (SER) line from Minster to Deal, Kent (30 June 1847).

Shakespeare's Birthday at the Garrick Club 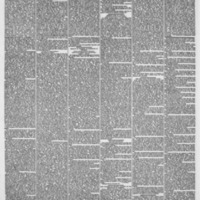 Speech given before a reading of A Christmas Carol (19 December 1854).

On Thackeray Going to America

Speech given at the London Tavern ahead of William Makepace Thackeray going to America (11 October 1855).

Speech given before a reading of The Chimes (2 August 1858).