There are certain descriptions of people who, oddly enough, appear to appertain exclusively to the metropolis. You meet them every day in the streets of London, but no one ever encounters them elsewhere; they seem indigenous to the soil, and to belong as exclusively to London as its own smoke, or the dingy bricks and mortar. We could illustrate the remark by a variety of examples, but in our present sketch we will only advert to one class as a specimen—that class which is so aptly and expressively designated as "shabby-genteel." Now, shabby people, God knows, may be found anywhere, and genteel people are not articles of greater scarcity out of London, than in it: but this compound of the two—this shabby-gentility—is as purely local as the statue at Charing-cross, or the pump at Aldgate. It is worthy of remark, too, that only men are shabby-genteel; a woman is always either dirty and slovenly in the extreme, or neat and respectable, however poverty-stricken in appearance. A very poor man, "who has seen better days," as the phrase goes, is a strange compound of dirty slovenliness and wretched attempts at a kind of faded smartness.

We will endeavour to explain our conception of the term which forms the title of this paper. If you meet a man lounging up Drury-lane, or leaning with his back against a post in Long-acre, with his hands in the pockets of a pair of drab trowsers plentifully besprinkled with grease spots, the trousers made very full over the boot, and ornamented with two cords down the outside of each leg—wearing also what has been a brown coat with bright buttons, and a hat very much pinched up at the sides, cocked over his right eye—don’t pity him; he is not shabby-genteel. The "harmonic meetings" at some fourth-rate public-house, or the purlieus of a private theatre, are his chosen haunts; he entertains a rooted antipathy to any kind of work, and is on familiar terms with several pantomime-men at the large houses. But, if you see hurrying along a bye street, keeping as close as he can to the area railings, a man of about 50 or 50, clad in an old rusty suit of threadbare black cloth, which shines with constant wear, as if it had been bees-waxed, the trowsers tightly strapped down, partly for the look of the thing, and partly to keep his old shoes from slipping off at the heels; if you observe, too, that his yellowish-white neck-kerchief is carefully pinned down, and his waistcoat as carefully pinned up, to conceal the tattered garment underneath, and that his hands are encased in the remains of an old pair of beaver gloves, you may set him down as a shabby-genteel man. A glance at that depressed face, and timorous air of conscious poverty, will make your heart ache—always supposing that you are neither a philosopher, nor a political economist.

We were once haunted by a shabby-genteel man; he was bodily present to our senses all day, and he was in our mind’s eye all night. The man of whom Walter Scott speaks in his Demonology, did not suffer half the persecution from his imaginary gentleman-usher in black velvet, that we sustained from our friend in quondam black cloth. He first attracted our notice by sitting opposite to us in the reading-room at the British Museum, and what made the man more remarkable was, that he always had before him a couple of shabby-genteel books—two old dogs-eared folios, in mouldy worm-eaten covers, which had once been smart. He was in his chair every morning just as the clock struck ten; he was always the last to leave the room in the afternoon; and when he did, he quitted it with the air of a man who knew not where else to go for warmth and quiet. There he used to sit all day, as close to the table as possible, in order to conceal the lack of buttons on his coat, with his old hat carefully deposited at his feet, where he evidently flattered himself it escaped observation. About two o’clock you would see him munching a French roll or a penny loaf—not taking it boldly out of his pocket at once, like a man who knew he was only making a lunch, but breaking off little bits in his pocket, and eating them by stealth. He knew too well it was his dinner.

When we first saw this poor object, we thought it quite impossible that his attire could ever become worse. We even went so far as to speculate on the possibility of his shortly appearing in a decent second-hand suit. We knew nothing about the matter; he grew more and more shabby genteel every day. The buttons dropped off his waistcoat one by one; then he buttoned his coat; and when one side of the coat was reduced to the same condition as the waistcoat, he buttoned it over on the other side. He looked somewhat better at the beginning of the week than at the conclusion, because the neck-kerchief, though yellow, was not quite so dingy; and in the midst of all this wretchedness he never appeared without gloves and straps. He remained in this state for a week or two; at length one of the buttons on the back of the coat fell off, and then the man himself disappeared, and we thought he was dead.

We were sitting at the same table about a week after his disappearance, and as our eyes rested on his vacant chair, we insensibly fell into a train of meditation on the subject of his retirement from public life. We were wondering whether he had hung himself or thrown himself off a bridge—whether he really was dead, or had only been arrested—when our conjectures were suddenly set at rest by the entry of the man himself. He had undergone some strange metamorphosis, and walked up the centre of the room with an air which showed he was fully conscious of the improvement in his appearance. It was very odd; his clothes were a fine, deep, glossy black, and yet they looked like the same suit; nay, there were the very darns, with which old acquaintance had made us familiar. The hat, too—nobody could mistake the shape of that hat, with its high crown, gradually increasing in circumference towards the top. Long service had imparted to it a reddish-brown tint, but now it was as black as the coat. The truth flashed suddenly upon us—they had been "revived." 'Tis a deceitful liquid that black and blue reviver; we have watched its effects on many a shabby-genteel man. It betrays its victims into a temporary assumption of importance, possibly into the purchase of a new pair of gloves, or a cheap stock, or some other trifling article of dress. It elevates their spirits for a week, only to depress them, if possible, below their original level. It was so in this case; the transient dignity of the unhappy man decreased in exact proportion as the "reviver" wore off. The knees of the unmentionables, and the elbows of the coat, and the seams generally, soon began to get alarmingly white; the hat was once more deposited under the table, and its owner crept into his seat as quietly as ever. There was a week of incessant small rain and mist. At its expiration the "reviver" had entirely vanished, and the shabby-genteel man never afterwards attempted to effect any improvement in his outward appearance.

It would be difficult to name any particular part of town as the principal resort of shabby-genteel men. We have met a great many persons of this description in the neighbourhood of the Inns of Court. They may be met with in Holborn, between eight and ten any morning; and whoever has the curiosity to enter the Insolvent Debtors’ Court, will observe, both among spectators and practitioners, a great variety of them. We never went on ‘Change, by any chance, without seeing some shabby-genteel men, and we have often wondered what earthly business they can have there. They will sit there for hours, leaning on great, dropsical, mildewed umbrellas, or eating Abernethy biscuits; nobody speaks to them, nor they to any one. On consideration, we remember to have occasionally seen two shabby-genteel men conversing together on ‘Change; but our experience assures us that this is an uncommon circumstance, occasioned by the offer of a pinch of snuff, or some such civility.

It would be a task of equal difficulty either to assign any particular spot for the residence of these beings, or to endeavour to enumerate their general occupations. We were never engaged in business with more than one shabby-genteel man; and he was a drunken engraver, and lived in a damp back parlour, in a new row of houses at Camden-town, half street, half brick-field, somewhere near the canal. A shabby-genteel man may have no occupation at all, or he may be a corn agent, or a coal agent, or a wine agent, or a collector of debts, or a broker’s assistant, or a broken-down attorney. He may be a clerk of the lowest description, or a contributor to the press of the same grade. Whether our readers have noticed these men in their walks as often as we have, we know not; this we know—that the miserably poor man (no matter whether he owes his distresses to his own conduct, or that of others) who feels his poverty, and vainly strives to conceal it, is one of the most pitiable objects in human nature. Such objects, with few exceptions, are "shabby-genteel people." 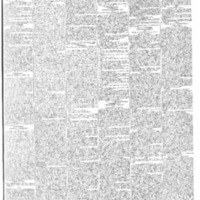